admin Featured Articles, Freshwater Facts, General
ShareTweet
FROM THE WEST VIRGINIA DNR
WOW!  This is a cut & paste article I just had to post!
It’s not the World record caught back in 1954* but it sure is a whopper!
A West Virginia angler caught a state record freshwater drum on April 24 in Mason County.
John Gibson of Poca, WV, caught a 27.88-pound, 35.59-inch freshwater drum on the Kanawha River, breaking the previous record for weight (27 pounds) held by Charles Mickel Lott since 1989. *Bill Dawkins maintains the record for length with a 37-inch freshwater drum caught in the Little Kanawha River in 1954.
Anglers who believe they may have caught a state record fish should check the current records in the fishing regulations at wvdnr.gov. Procedures for reporting a record catch also are included in the regulations. 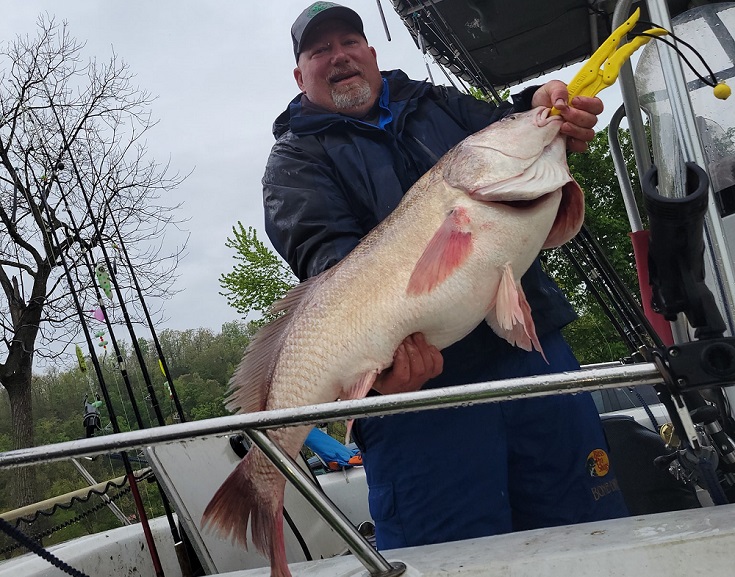