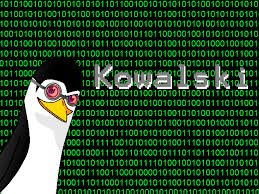 Expert jokers say this is the greatest fishing joke ever written!

A group of biologists got together in hopes of producing an ultimate sport fish. The decided to cross-breed a coho salmon, a walleye pike and a musky. After years of experimenting they finally produced one egg which hatched a newly “invented” fish. “Success” they began yelling while congratulating each other. “Wait” one of the scientists stated: “What will we call this fish?” They all got together in at attempt to pool their minds and come up with a meaningful name. The lead person the the group stated, “let’s see, we had a coho, a walleye and a musky; we’ll take part of each of those names to come up with a name for this new breed”. He continued, “co” for coho, “wall” for walleye and “skI” for musky. “That’s it… KOWALSKI”. He gently picked up the fish and placed it in an aquarium. Kowalski sunk to the bottom and drowned.

What is the difference tween a catfish and a lawyer?

One is a bottom dwelling, scum sucking scavenger and the other is a fish! I caught a twenty pound Musky last week…..”Were there any witnesses?” There sure were. If there hadn’t been, it would have been forty pounds.

“We ask a simple question, and that is all we wish: Are all fisherman liars? Or do only liars fish?”

A guy rings his boss and says “I can’t come to work today….. The boss asks why and the guy says “it’s my eyes.” “What’s wrong with your eyes?” asks the boss. “I just can’t see myself coming to work, so I m going fishing instead…”

“Nothing makes a fish bigger than almost being caught!”

“Men and fish are alike! They both get into trouble when they open their mouths.”

“Fishing is the sport of drowning worms.”

“Good things come  to those who bait!”

Why are fish so smart? Because they swim in schools!

A small town Doctor was famous in the area for always catching large fish.
One day while he was on one of his frequent fishing trips he got a call that a woman at a neighboring farm was giving birth. He rushed to her aid
and delivered a healthy baby boy.
The farmer had nothing to weigh the baby with so the Doctor used his fishing scales.
The baby weighed 21 lbs 13 oz’s

Here is a MUSKY joke I heard years ago. From memory, it goes something like this:

Two Musky fisherman were pounding the water from their boat for almost a week without even as much as a follow. They just about had it and were about to give up.  Suddenly, one of the guys grabbed  a  bucket and started to dip it in the water…..He filled it  and threw the water  into the boat.  He started to fill it again, when the other guy noticed what was going on and yelled, “What the hell are you doing, are you nuts?” The response was: “Why, I’m doing as good as you,  ain’t I?”

If you don’t own a boat, rent a 16′ deep V aluminum boat with at least a 50 HP outboard engine. Start trolling as soon as you get your rods out. When you get a hit, mark the bottom of the boat with an “X”. This will give you the location that you can use until the fish stop hitting. There is only one thing you should know about this system: You have to rent the same boat every time. Whoops!

I have spent most my life fishing……..the rest I wasted.

Q: What do fish and women have in common?
A: They both stop shaking their tale after you catch them!
Q: What did the fish say when it hit a concrete wall?
A: “Dam!”
Q: How do you communicate with a fish?
A: Drop it a line!
Q: Why did the vegan go deep-sea fishing?
A: Just for the halibut!
Q: Why are fish so smart?
A: Because they swim in schools!
Q: What does the pope eat during lent?
A: Holy mackerel!
Q: How do fish go into business?
A: The start on a small scale!
Q: What is the richest fish in the world?
A: A goldfish
Q: Where does a fish end-up when it flies?
A: A magic carp
Q: What do you call a small fish magician?
A: A magic carpet
Q: Why can’t you tell a joke while ice fishing?
A: Because it’ll crack you up!
Q: What do fish use for money?
A: Sand dollars!
Q: Where does a fish keep his money?
A: In the River Bank!
Q: What did one hillbilly say to another?
A: I got a new fly rod and reel for my wife……best trade I ever made.
best fighting fish best walleye lake brown trout catching a trophy sized musky catch photo release coho coho fishing door county door county peninsula door county wisconsin Fish Fishing fishing for coho fishing with your kids ice fishing kids fishing killing spawn king salmon lake michigan lakers largemouth bass moon phases muskie hunters musky musky fever musky fishing musky hunters musky myths northern pike planer boards record muskies record musky salmon fishing sister bay smallies smallmouth bass snagging take a kid fishing trolling trolling for muskie trophy musky walleye walleye fishing walleye pike